Went to Tophill Low NR with RL on Monday morning.

Started checking the trees by the houses for the Tawny Owl chicks seen over the weekend. Had an adult in flight and the Blackbirds could be heard mobbing but no sign of the chick although one was still present earlier.

Did D reservoir from car park hide. As expected at this time of year not much to look through with only a few ducks and gulls to check. Started scanning the sky for raptors. At least 3 Common Buzzards displaying. Found what I initially thought to be one of the resident pale buzzards above Lisset wind-farm, however on higher magnification it clearly wasn’t a pale rumped Common Buzzard but a ring-tail Hen Harrier. Unfortunately it was drifting north-east and was lost to view before RL could connect but while looking for it we had another raptor which was most likely a Goshawk but it too was heading north so we never confirmed the ID.

Headed to Watton NR. The pair of Garganey hadn’t been seen for a few days but we did have a Little Ringed Plover and Dunlin.

A few damselflies were flying around South Marsh West sump.

Had 5+ Great Crested Newts showing well in the pond by the path to the back-2-back hides. 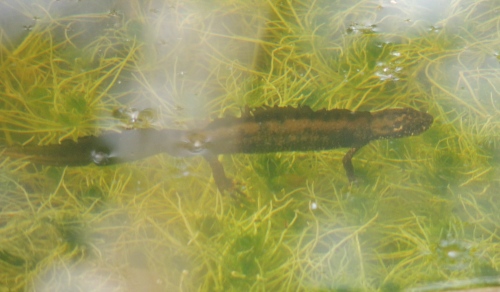 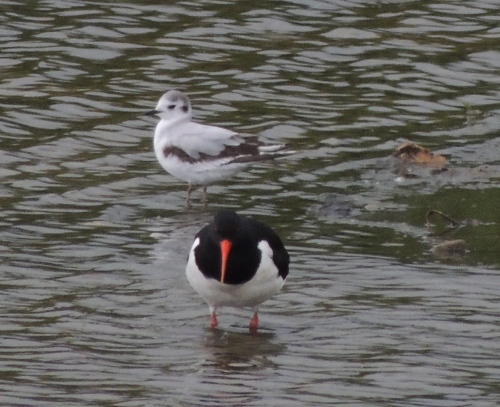 A 1st summer Mediterranean Gull was in the Black-headed Gull colony on South Marsh East. Typical of it’s species it was determined to assert it’s authority over the Blackheads. Wearing a metal ring but too distant to read. 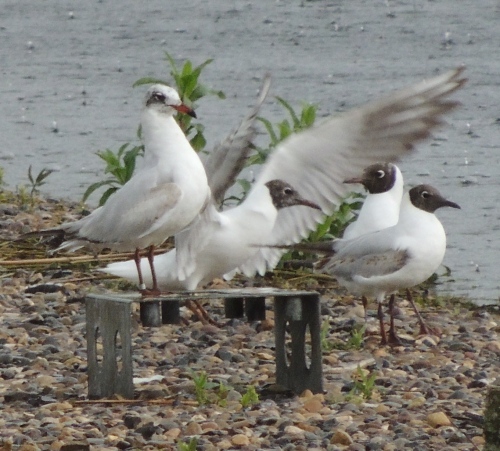 Walking back I disturbed a moth by the old centre. Fortunately it only flew a short way and I was able to locate it on a nearby bush although to the naked eye it just look like a knot or patch of lichen.

The Hoopoe that had entertained the crowds over the weekend at the Old Barn north of Beverley wasn’t seen this morning.

5/12 On Thursday morning went to Tophill Low NR with RL. A female Scaup had been present on D reservoir since Tuesday, likely the same bird I found on 25/11, and with the strong wind pushing the ducks under the car park hide I was easily able to locate it. 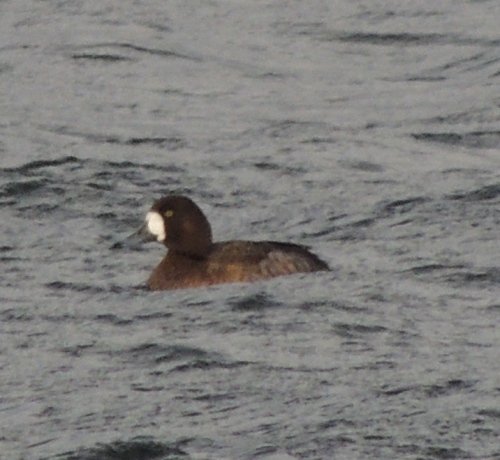 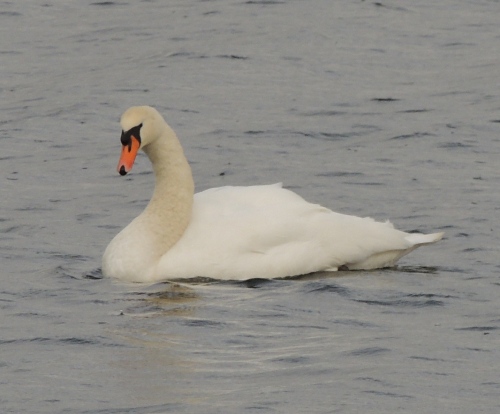 Common Buzzard struggling with the gale 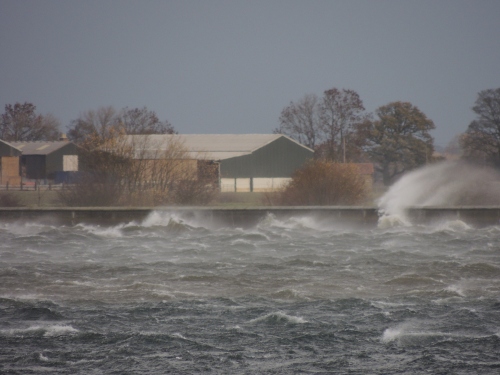 Walking south had a Little Egret over North Lagoon.

Went to Barmston this afternoon for a quick look for the Kumlien’s Gull. Had been seen on Wednesday but no sign today. Several Turnstone again showing well on the cliff-top.

Finished at Hornsea Mere. Mark Robinson had had the Kumlien’s Gull in Wednesday‘s roost but didn’t come in today. However with had several distant views of a Great White Egret, which again was feeding at times in the north-east corner of Kirkholme Point, before flying west to roost. It passed close to the hide but too dark to photograph. Also near dusk RL found a Whooper Swan and me a juvenile Velvet Scoter and redhead Goosander.

6/12 The 2nd winter Kumlien’s Gull at Barmston was seen by Martin Garner on Friday.