11/6/15 Thursday was a warmer day than recently so headed to Kiplingcotes in the hope of a better day than Sunday. Arriving at Kiplingcotes Station wasn’t truly hot but at least stiller than Sunday. However for a good while it was insect desert but eventually started getting a few things including a Small White.

Also had a Common Carpet but didn’t pose for a picture. A Fox watched me from a good distance than disappeared into cover. 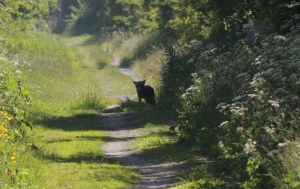 Also a few hoverflies on the wing.

hoverfly-Kiplingcote-have a go at ID later!

Further on saw an unfamiliar moth. Only managed one shot but fortunately good enough to confirm it as a new species for me.

Kiplingcotes Chalk Pit was very windy so poor for insect but the east end was calmer and I managed a Cinnabar moth and tatty Common Blue butterfly. 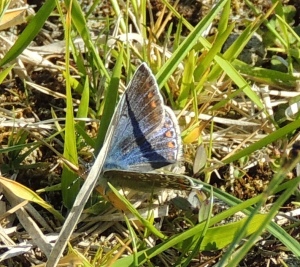 Got a Spectacled Wood to pose on the way back. 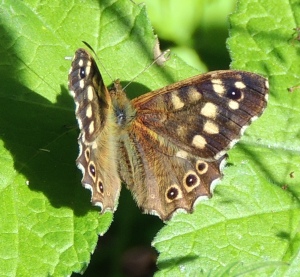 Birds wise nothing much to say but had the Garden Warbler again near the first road crossing west of the station but again no sign of Turtle Doves near the bee hives.

Another sighting of Turtle Dove near Tophill Low NR gives hope that the species may still be hanging on somewhere.

12/6/15 Friday was disappointing with total cloud cover almost all day. Had planned another Moth/Butterfly session this time at Weedley Springs/Drewton but didn’t seem worth it so ended up staying in Cottingham and doing Priory Fields. The best area for insect in the village. Not promising initially but then started getting the odd smaller moth including my first Chimney Sweepers and Straw Dots this year. 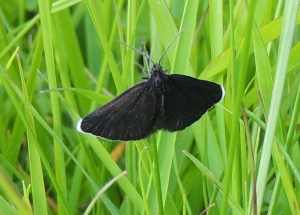 Eventually were getting good number of micro moths. Most non-descript brown things which I couldn’t get a good shot of but managed to capture a more interesting one. Turn out to me a new one for me. 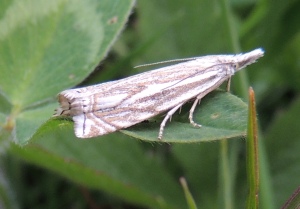 Had no butterflies and only a single “blue” damselfly. Too cold at the pond where I had Red-eyed Damselflies ovi-positing last year.

Notice on the gate but no sign that it’s been read.

13/6/15 Had Common Marbled Carpet and a probable Red-barred Tortrix at work on Saturday morning. Not sure about the last one as I was dealing with a customer while trying to ID it on her front door. Gives me hope for trapping tonight although Tuesday night had only produced single Brimstone and Heart and Dart.

Five first summer Little Gull at Hornsea Mere this evening. For more news check here. Beware if parking at the top of the road to Wassand Hall as there have been several break-ins recently.

One response to “A [slightly] better day at Kiplingcotes +Priory Fields”