After “tick and running” the Ivory Gull at Patrington Haven with ML and RL on Saturday morning spent the afternoon in Hornsea Mere hide. The Grey Phalarope was still present but again distant, feeding along the edge east of “tree island”. 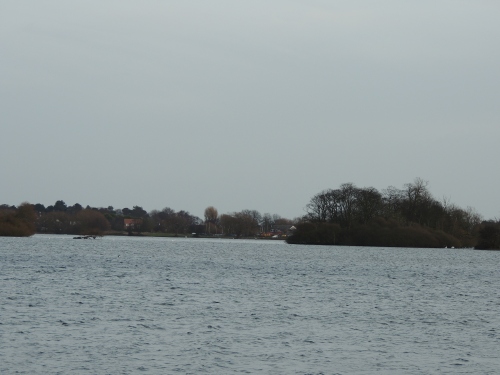 The Grey Phalarope was seen in the area to the left

Both Great White Egrets were still around, seen several times in flight above the trees opposite Kirkholme Point then flying to the west end, again taking a route that passed close in front of the hide.

One returned to Kirkholme Point, feeding in the north east corner. The second bird could be seen roosting low in the Cormorant trees from Seaton Road as we drove home. The Velvet Scoter and Long-tailed Duck were seen in the morning but didn’t show for us.

The Kumlien’s Gull was still at Barmston on Monday.

One response to “Hornsea Mere-Grey Phalarope and Great White Egrets.”