24/4 Went to Tophill Low NR on Wednesday afternoon. The intention was to check out the Blue-headed Wagtails seen over the weekend so after confirming the Ring-necked Duck was still on D reservoir [before departing to Hornsea Mere for a short break] headed north up the straight road but only had a single Yellow Wagtail. 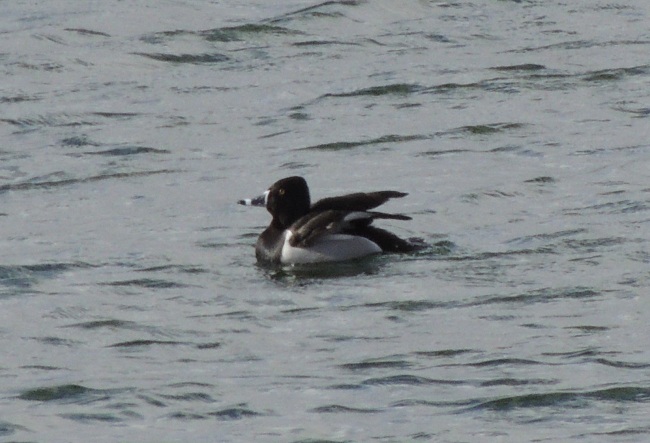 After checking Hempholme Meadows walked back through D woods. Had a Lesser Redpoll at the north end. Then headed straight for Watton NR before the light got too flaring. Had a Little Ringed Plover, probably the 1st sighting for a while. Then did South Marsh West. The Cetti’s Warbler was again singing close to “back to back’ hide. Even saw in a bush close to the hide but repeatedly failed to locate it in the view finder, did the same on Saturday. On the now almost drain South East I found 2 White Wagtails as well as 2 Redshank. In fact so dry now there was a excavator out on it!

For more from the reserve check here.

Roy and Martin had the 2 redhead Goosander and 5 Pink-footed Geese at High Eske NR.

I birded outside the “valley”.

For recent wildlife sightings in the Beverley area check here

27/4 Had the trap out over night on Friday. Only a Early Grey. 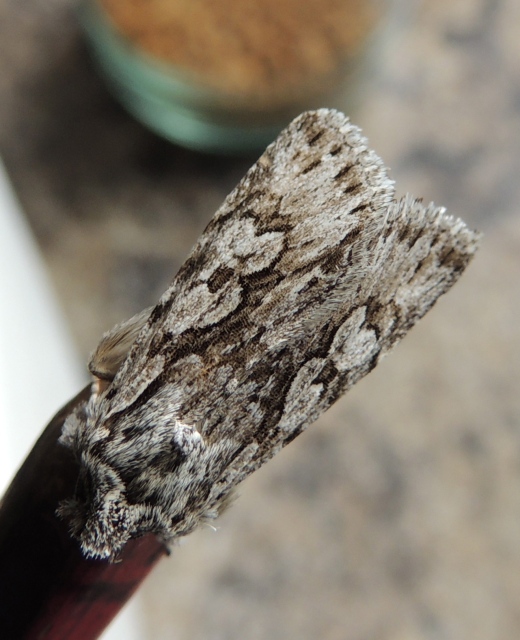 Went to Hornsea Mere with Roy on Saturday afternoon. Had the pair of Red-crested Pochard and mixed pair again from the hide. 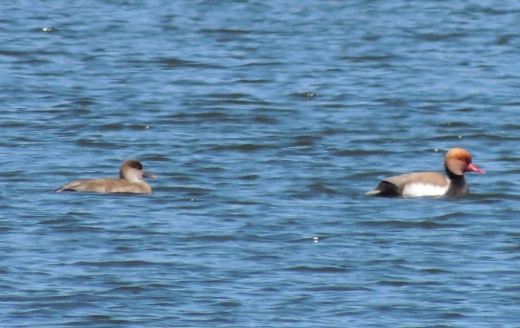 Roy picked up the pair of Black-necked Grebes, 1st reported a week ago, but close to the south side. Also despite numbers down eslewhere we had 88 Goldeneye.  Also Common Sandpiper on Swan Island. However no sign of the Ring-necked Duck seen again yesterday, Round at Kirkholme Point there was a very mobile flock of wagtails including a Channel-type. Also a male Wheatear

Went to Atwick to do a sea watch but couldn’t get out of the wind so moved to Ulrome where we got a shelter between the caravans. Got my 1st Sandwich Tern as well as a few Kittiwake, Gannet and Red-throated Divers and Guillemot.

Checked Bewholme Hall where had a Little Ringed Plover and pair of Oystercatcher.

Finished at Swinemoor. Still plenty of duck but only waders were 2 Little Ringed Plovers and 2 Redshank. For more recently from here check here and here.

For the 1st damselfly at Tophill Low NR check here.